The College of Europe

Euro-Arab relations date back to 1973 when the first bi-regional dialogue was launched. Despite some ups and downs, since 2008, there is a shared willingness to revitalize those relations, especially by:

Following the first Ministerial meeting between the Ministers of Foreign Affairs of the European Union (EU) and of the League of Arab States (LAS) held in Malta in 2008, the EU and the LAS made efforts in strengthening and structuring their relations by establishing a framework of regular High Level and Senior Official Meetings, with the purpose of contributing to regional security, prosperity and democracy in full respect of international law, the United Nations (UN) Charter and the relevant UN resolutions.

The first edition of the project "Training and Information Course on Euro-Arab Relations” (El Hiwar I) started in 2013 and was completed in June 2017. The overall objective of El Hiwar I was to "improve the flow of information and to promote dialogue among officials working in the EU institutions and in the Arab League Secretariat".

The second edition of the project “Training and Information Course on Euro-Arab Relations” (El Hiwar II) started in June 2018 and came to an end on May 19th 2022 after 47 months of successful implementation. El-Hiwar II aimed at strengthening dialogue, cooperation and collaboration with key regional actors in Euro-Arab relations.

In the midst of the implementation of this second phase, the first ever European Union - League of Arab States Summit took place on 24-25 February 2019 in Sharm El-Sheikh, bringing together heads of state and government of the members of League of Arab States and the EU. The Summit renewed their commitment to create new opportunities through a collaborative approach, by placing people, in particular women and youth, at the heart of joint work. Leaders recognised the important role played by civil society. Both sides also agreed to strengthen economic cooperation and committed to develop a concrete agenda especially in the fields of trade, energy, science, research, technology, tourism, agriculture and other mutually beneficial areas.

El-Hiwar was implemented by the College of Europe (Bruges) and was funded by the EU.

In continuity with El-Hiwar I (2013-2017), the overall objective of the phase II is to strengthen dialogue, co-operation and collaboration with key regional actors in Euro-Arab relations.

Learn more about the achievements of the El-Hiwar Project:

Discover other short clippings about the project: 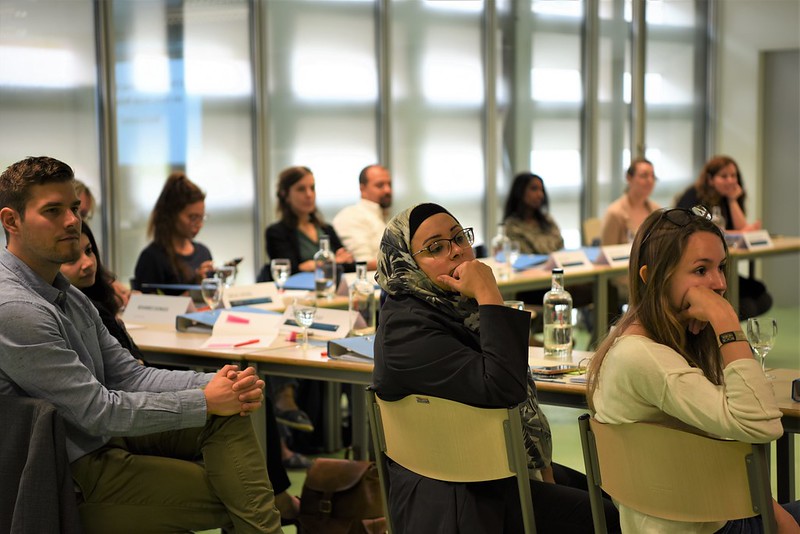 The EU-funded project El-Hiwar II will be coming to an end after 47 months of implementation. The project embraced a wide scope of thematic areas and a variety of different activities. Many…