Over the course of just seven months, the high-rise building ‘Lypy-2’ has gone through a complete transformation. The mouldy walls and broken roofs have had a neat repair, and the building maintains a steady temperature across all apartments. In addition, its residents’ heating bills are down by almost 50%.

The homeowner association ‘Lypy-2’ in the city of Novoyavorivsk, Lviv Region, was the first in Ukraine to receive a thermal modernisation grant under the Energy Efficiency Fund (EEF) project First Movers.

The EEF aims to bring Ukraine's energy efficiency to European standards by reducing energy consumption and CO2 emissions in the residential sector. The EU is the largest contributors to the multi-donor fund.

In March 2019, the EEF financed 12 homeowner associations to test the ‘client path’ and improve the project’s process from the initial energy audit to the final quality checks. Less than a year later, the residents of a 35-year-old block of flats received a complete makeover of their apartment building, as well as substantial long-term energy savings, by investing relatively small amounts from their budget.

How to improve an apartment building

“Our building was in a catastrophic state. Roofs would fall on people's heads; in the winter, some apartments would be overheated, while others remained cold,” recalls Halyna Dzhulay, manager of the ‘Lypy-2’ homeowner association. She points out that before the renovations the building had never had any major repairs.

It was Halyna who got the residents of ‘Lypy-2’ together and offered to take part in the energy efficiency project.

“To take part in the project, we had to fill out an application form; discuss some things in advance, like whether we want to insulate the building; and prepare a draft version of the project documentation. Basically, we had to show that we really wanted this and that we had already taken certain steps towards improving our flats,” says the homeowner association manager.

After their application was approved, the residents of ‘Lypy-2’ received instructions about the next steps: conducting an energy audit of the building and preparing the design estimates. Once the thermal modernisation works were completed, a second energy audit was carried out.

How much it cost the residents

The residents of ‘Lypy-2’ took a 10-year loan from the project’s partner bank with an interest rate of 19% per year. Less than a year later, most of the loan has been paid. “This is because 70% (nearly €100,000) of the total cost was reimbursed by the Energy Efficiency Fund and the EU,” Ms Dzhulay explains.

The grant was paid through the Multi-Donor Trust Fund, which is administered by the International Finance Cooperation (IFC). The fund’s contributors are the European Union and the German government.

The energy audit and the preparation of the necessary papers were free of charge for the homeowner association. “As a result, we had to cover only 30% (about €45,000) of the total cost,” says Ms Dzhulay

But Halyna did not stop there, as the project allowed homeowners to receive support from other partners. “We also applied for the energy efficiency programme of the Yavorivskyi District and received another €12,000, and we got an additional €25,000 from the ‘Warm loan’ programme,” she says.

“As a result, we had to pay the bank less than €5,000. If you divide this amount by the total area of all 55 apartments, you get about €1.5 of debt per square metre. So the residents of a 60-square-meter apartment would have to pay just €85,” Ms Dzhulay calculates.

Living in a warm, mould-free home and saving money

Halyna has her own understanding of what effective modernisation is. Before the project, some apartments had constant problems with house mould.

“Last winter not a single resident complained about their apartment being too hot or too cold. We set the building temperature to 21 degrees and it stayed that way across all apartments,” Halyna says with a smile.

Thanks to the EU project, the building's energy efficiency class has moved up from ‘G’ (very low, the building’s energy consumption is over 67% higher than the base level) to ‘E’ (the deviation from the base level is lower – between 25% and 50%).

As per the energy auditor’s recommendations, ‘Lipy-2’ has been equipped with an individual heat point; the heating system pipelines, the exterior walls and structures have all been insulated; and the hydraulic heating system has been calibrated.

Halyna is convinced that the lower heating bills are the best testimony for the project’s success. “I did the maths: in January 2020 the building’s heat consumption decreased by almost half compared to January of last year,” Halyna says proudly.

The modernisation works have lowered the building’s basic energy consumption by 46%, and its residents’ total utility bills by 35%.

The heating system of the multi-family residential building ‘Lypy 2’

The heating system of the multi-family residential building ‘Lypy 2’

“We save almost 50% of our heating bills and we get a beautiful renovated building with an extended service life. A one-time contribution of €85 is practically nothing for the long-term benefits and comfort that we have received thanks to this project,” says Ms Dzhulay.

It is also important to note that the building’s CO2 emissions have decreased by 25%. “If roughly 100 buildings per city reduce their energy consumption the same way, this will decrease CO2 emissions by 30–40%,” says Halyna Kohut, regional consultant for receiving EEF support in Lviv Region.

According to the expert, this complete thermal modernisation has extended the building’s service life by about 25 years.

“It has also increased the price of the apartments by more than 15%,” adds Ms Kohut.

The efficiency of the energy sector and citizens’ well-being are interconnected. Since 2014, the EU and its financial institutions have contributed more than €15 billion in grants and loans to support the reform process in Ukraine, with energy being one of the main priorities. Using various programmes, the EU helps Ukraine reduce its energy dependence and CO2 emissions through energy efficiency and renewable energy.

The pilot project ‘First Movers’ has already produced its first tangible results, allowing other EEF beneficiaries to improve their buildings and receive compensation. As of October 2019, all homeowner associations in Ukraine can apply for the Energy Efficiency Fund programme ‘Energodim’, whose aim is to make apartment buildings more energy efficient.

Article published by Espreso.tv in Ukrainian and Russian 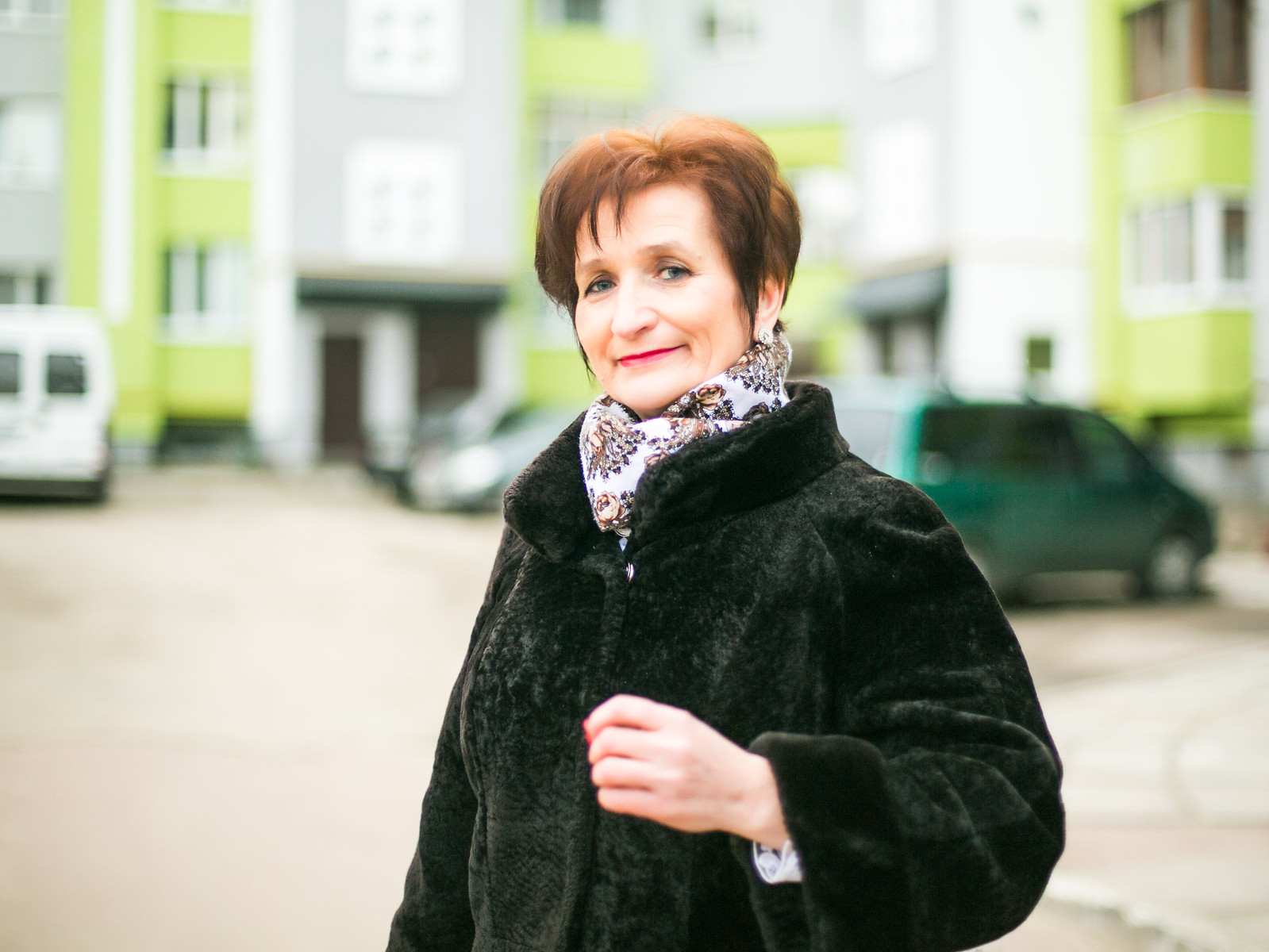