How and why the process of separating the gas transportation system in Ukraine is being slowed down.

Representatives of the West are increasingly complaining that reforms in the Ukrainian gas sector, after having made a good start after the Maidan revolution, have been stalled for too long. The process of market opening, which needs to be implemented in order to create competitive conditions for trade in gas, has been delayed for more than two years. The current status quo worries foreign partners, posing the question: will Ukraine be able to do the next decisive steps?

According to the EU’s Third Energy Package, Ukraine needs to carry out the process of separating its gas transmission system from production and supply of natural gas or electricity – so-called “unbundling”. In general, the Third Energy Package is a package of laws aimed at increasing the efficiency of the energy market and creating a single market for gas and electricity in the EU.

However, the need to implement the unbundling and gas market liberalisation is primarily related to bringing trust and transparency to the Ukrainian gas market. The same aim is served by bring to the process international transmission system operators. Currently, Ukraine is the biggest gas transit route for Russian gas to the EU and it is in its best interest of Ukraine and of the EU to make it remain after 2019. Unbundling is also be the basis for the establishment of a highly competitive market and, more importantly, the strengthening of rules on consumer protection – meaning that a person who directly or indirectly manages a production or supply undertaking cannot have control over the operator of the transportation system.

Ukraine committed to fully transpose and implement the Third Energy Package under the Protocol of Accession to the Energy Community Treaty, signed back in 2010 and ratified by the Verkhovna Rada. This commitment naturally includes mandatory compliance with the unbundling requirements in both the natural gas and electricity sectors.

The EU supports energy sector reform in Ukraine under the EU4Energy initiative –which includes a four-year EU technical assistance programme (2016–2020). Its main goal is to help create electricity and gas markets and promote the efficiency and energy security of the Eastern Partnership countries – Ukraine, Armenia, Azerbaijan, Belarus, Georgia and the Republic of Moldova. First, it is about improving the legislative sphere in the energy sector in accordance with European standards. In addition, there are a number of bilateral projects, notably the 104 million Euro EE4U project which support s the establishment of the Energy Efficiency Fund. As a result, Ukraine will be supported in tackling its energy poverty, but also reducing the energy consumption bills of its citizens. The EU is also supporting the reorganisation of the Ukrainian gas sector through a large project to propose options for the future of the Ukrainian gas storage system and has supported the government to develop a business model for the new TSO.

The Law of Ukraine “On the Natural Gas Market”, adopted in 2015, set the requirement for unbundling in legal terms. Later on, in 2016, the government decided to establish a new enterprise – “Trunk Gas Pipelines of Ukraine” (MGU) – which was set up to  become the new operator of the GTS once the unbundling is complete and all assets and functions necessary to perform the transmission of gas have been transferred to MGU from Naftogaz and Ukrtransgaz. In September 2018, after a protracted period of miscommunication and failed attempts of cooperation between Naftogaz and MGU, supervisory boards of both companies signed a general Memorandum of Understanding on unbundling, which was intended to define a common goal in the process of separation of the GTS under the ownership unbundling model. This model requires full independence of the future transmission system operator from any other interests in the gas market. In addition, last month, Naftogaz presented a so-called “road map” for unbundling the operator of the GTS which focuses on preparing unbundling within Naftogaz group.

In fact, unrestricted, fair and equal access to end gas users by gas suppliers is possible only if the functions of transit and storage of gas are separated from production and supply, as well as from their commercial interests. The reform of the gas sector should prevent the increase in monopolisation of retail trade. During the process of liberalisation of the Ukrainian gas market, it is necessary to prevent a very likely increase in the number of private companies associated with pro-Russian groups.

At the same time, the shaky governance of gas companies also contributes to the development of corruption schemes. It may be assumed that certain interest groups deliberately drag out the process of unbundling in order to preserve their dominance over the market, as well as shadow revenues from financial flows. In addition, the influence of ministries and the government also affects the process of unbundling and, unfortunately, any effects so far have been rather negative.

Naftogaz, the corporate group that is the current manager and operator of the GTS, is supposed to be at the forefront of the unbundling process. The above-mentioned road map, presented to the public in October 2018, may be interpreted as a serious endeavour by Naftogaz to get the unbundling done. However, the Energy Community does not entirely agree with the position of Naftogaz. According to gas market expert Andrius Shimkus, from the Energy Community Secretariat, little real progress is being observed in the framework of the unbundling:

“Currently, Naftogaz is engaged in all types of activities in the natural gas sector, including production, import, transmission, wholesale trade and retail supplies. In Naftogaz’s “road map”, we see a presentation of a possible way forward, but with few tangible decisions on a separation of these activities. For example, there were no answers given about the specific unbundling model and how it will be implemented in practice. Earlier, officials spoke about full separation by the end of 2019. Now, we are seeing a timeline to the end of 2020 and beyond. We hope that there are detailed steps on how to proceed with the unbundling without delay and in full compliance with the Energy Community and Ukraine’s law. We also hope that there will be no further delays.”

In turn, Naftogaz explained that the delay in the unbundling process is due to the fact that any loss by the company or Ukrtransgaz of control over the assets used for gas transit without the consent of Gazprom can create significant financial risks. Thus, the supervisory boards of the Naftogaz  and MGU agreed that the litigation with a Russian monopolist in the Arbitration Institute of the Stockholm Chamber of Commerce made it impossible to carry out the process of unbundling by 1 January 2020.

“The result of arbitration means that the GTS assets used for the transit of natural gas cannot be transferred from Naftogaz’s corporate group to any other company until the end of the current agreement with Gazprom at the end of 2019. But this does not mean that Naftogaz cannot start the transfer of certain contractual arrangements, non-transit infrastructure, staff or materials to the future GTS operator, MGU. We have challenged this many times, asking for concrete steps to be taken, but without any tangible results so far. It has to be noted that all reforms processed inside Ukrtransgaz, including the establishment of a so-called branch transmission system operator, are far from sufficient and a specific plan for the transfer of assets to MGU has to be fixed and, most importantly, followed. As for now, it is not always clear whether the entire unbundling process is moving in the right direction, or indeed moving at all. But this direction can still be well defined with some willingness and effort. At the same time, Naftogaz, being a vertically integrated enterprise, is a monopolist. And in this world, there is not a single monopolist who would want to give up a significant part of his business.. There are instruments in the state’s possession to make Naftogaz act and proceed with the unbundling, but there seems to be so far little determination to invoke those instruments. On a more optimistic note, the process of unbundling in the EU was also not painless, therefore of course it is not painless in the Energy Community either,” explains Shimkus.

President of the DiXi Group analytical center Elena Pavlenko notes that the biggest problems during the process of unbundling usually arise at a stage when it is already necessary to legally make a concrete decision:

“At least it is positive that some kind of cooperation has been established between the two supervisory boards. The heads of the supervisory boards of Naftogaz and the MGU have clearly declared that they are discussing. The fact that at least some sort of connection has been established, I think, is already positive. The second point is the plan itself. I cannot say it is all pictures; from what I saw, the general stages were understood, how the unbundling will look. What else needs to be done for a complete picture is [to include] how this plan will be implemented in the form of concrete solutions, governmental or [through] Naftogaz. If we look at the previous two years of the process of unbundling, then the biggest problems are at the stage when it is necessary to legally draw up a specific decision. Immediately there is a sea of needs, changes in other legislative acts, or institutions. This requires repeated approvals of documents, and as a result, this process quietly disappears somewhere in the corridors of the government. The help of the DiXi Group or the Energy Community, or anyone else, requires a very specific leader in the government. That is to say a person, a high-level official, who can gather the team, who will correctly distribute tasks, and will ‘push’ [forward] this process. This is not a process that can move on its own. The Cabinet took a quick look forward to a good position, hoping it would somehow be resolved.”

In order to facilitate the implementation of the unbundling process, the Energy Community Secretariat, within the framework of the EU4Energy Governance project,  drafted a bill on „Amendments to Certain Legislative Acts of Ukraine to Separate the Gas Transmission System Operator and Electricity Transmission System Operator“ in 2017. The adoption of the bill regulates the possibility of unbundling from a legal point of view. Unfortunately, the bill has not yet gone beyond the Ministry of Energy and Coal Industry.

Hundreds of draft laws have been lost in government offices, but indifferent attitudes towards EU guidelines in the reform of the gas sector could have much more dramatic consequences than expected. So far, European partners support any efforts on the Ukrainian side into the right directions.

As a result, the failure of Ukraine to implement the unbundling plan would have an impact on the country's European integration course. The struggle for key assets in the gas sector may threaten Ukraine’s future accession to the EU. Uncertainty about the reform of the gas sector will affect end consumers – meaning ordinary Ukrainians – as well as the geostrategic value of Ukraine in the eyes of European partners. 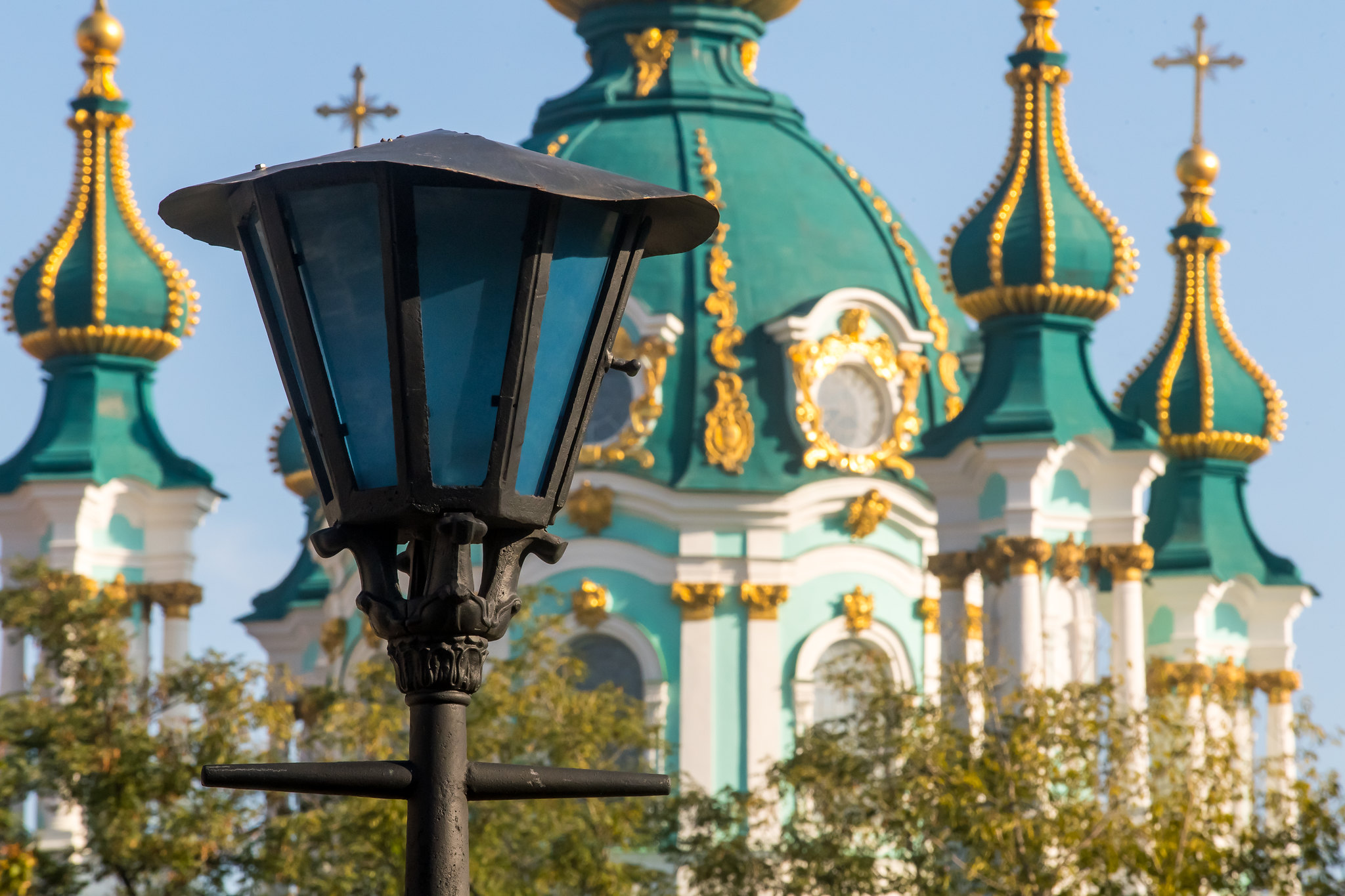